Merlyn, also known as the Dark Archer, is a deadly bow-wielding assassin and nemesis to Green Arrow. His incredible skills have made him one of the world's top contract killers. This has also established a rivalry between him and Green Arrow based on their archery. He has been a member of the 100, the Anti-Justice League, the Injustice League, the Killer Elite, the League of Assassins and the Secret Society of Super-Villains. The TV series Arrow would later introduce Malcolm Merlyn as a villain, and his son Tommy Merlyn as Oliver Queen's best friend, a concept that would later be integrated into the comics. Merlyn was created by Mike Friedrich, Neal Adams and Dick Dillin, first appearing in Justice League of America #94. (1971) 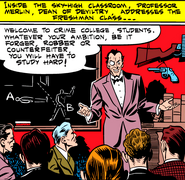 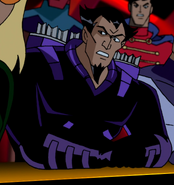 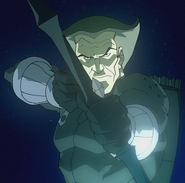 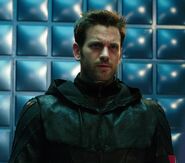 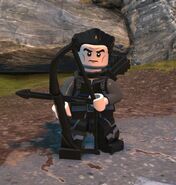