This page contains information about Mobfire (Volume 1) . This title is 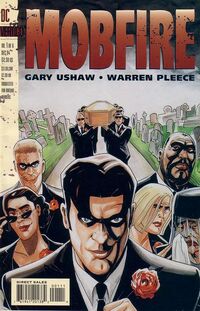 Mobfire was a six-issue limited series published under DC Comics' Vertigo imprint from December of 1994 until May of 1995. The series was written by Gary Ushaw and illustrated by Warren Pleece.

Retrieved from "https://dc.fandom.com/wiki/Mobfire_Vol_1?oldid=2462293"
Community content is available under CC-BY-SA unless otherwise noted.