Mon-El is a Daxamite superhero inspired by Superboy. His powers are very similar, although he is vulnerable to lead instead of Kryptonite. Superboy put him in the Phantom Zone when Mon-El was fatally poisoned, and Mon-El stayed there until Brainiac 5 discovered a cure in the 30th Century. This lead Mon-El to become a member of the Legion of Super-Heroes. When Glorith temporarily erased Superboy from time, Mon-El took his position in history. In this new Glorithverse, Mon-El began his career at L.E.G.I.O.N. with the name of Valor. The Valor legacy made him a religious idol in the future where he arrived. He has also been a member of the Green Lantern Corps and the Justice League. His longest romantic partner is Shadow Lass. During New Krypton, he temporarily replaced Superman as the protector of Metropolis.

In Reboot Legion continuity, R.J. Brande suggests that he take the name M'Onel meaning "He who wanders" in Martian. This version was put in stasis by Kon-El. In Prime Legion continuity, Mon-El later becomes a member of the Wanderers. In Post-Rebirth, Mon-El is a descendent of Jonathan Samuel Kent, the son of Superman and Lois Lane, originating from 31st Century New Krypton. Mon-El was created by Robert Bernstein and George Papp, first appearing in Superboy #89. (1961) 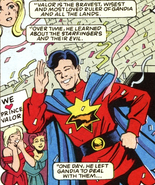 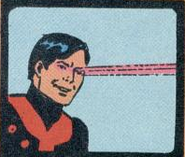 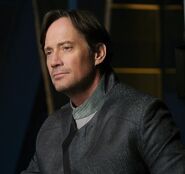