Negative Spirits are alien energy beings that exist in the Negative Space. The most notable spirit is Keeg Bovo, who inhabits the body of the superhero Negative Man who projects the spirit from himself to fight threats with the Doom Patrol, leaving his physical body limp and useless until the spirit returns. Initially just a negative astral projection of Negative Man, the spirit was eventually revealed to be its own thinking, feeling being. A second spirit, Mercurius, helped Negative Man evolve into Rebis. The Negative Spirit was created by Bob Haney, Arnold Drake and Bruno Premiani, first appearing in My Greatest Adventure #80. (1963) 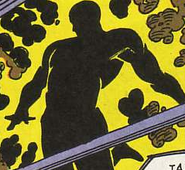 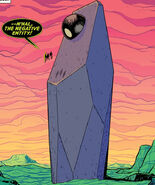 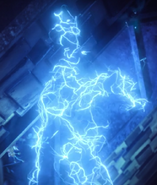 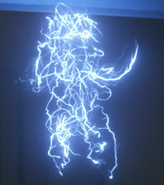