Orion is a member of the New Gods, also known as the Dog of War. He is the son of Darkseid and Tigra, born on the evil planet Apokolips. At a very young age, he was pledged to their enemy planet New Genesis as part of a peace agreement... Orion was raised by the benevolent Highfather in exchange for Scott Free. Orion fights for good, although the evil deeply inside of him is his greatest torment. Now one of the greatest warriors in the universe, in addition to his god-like strength he wields the energy power of the mysterious Astro-Force. He has also been a member of the Justice League.

Orion was created by Jack Kirby as part of his Fourth World epic saga. He first appeared in New Gods #1. (1971) 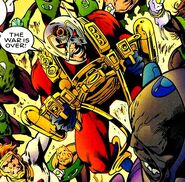 Orion
Elseworlds
The Coming of the Supermen 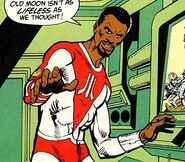 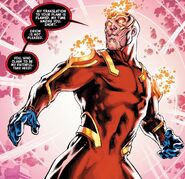 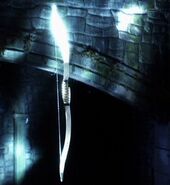 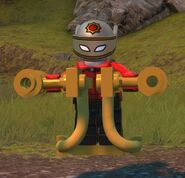