The Outsiders are a black-ops team of super-heroes originally led by Batman. They were formed as his alternative to the Justice League that didn't require public and political approval for their actions, allowing them more freedom. The original members included Black Lightning, Geo-Force, Halo, Katana and Metamorpho. The Outsiders were created by Mike W. Barr and Jim Aparo, first appearing in The Brave and the Bold #200. (1983)

There is also an unrelated team of outcast mutants called the Outsiders who fight to protect humanity despite their differences. Their membership includes Amazing Ronnie, Billy, Doc Scary, Hairy Larry, Lizard Johnny and Mighty Mary. This team of Outsiders was created by Joe Simon and Jerry Grandenetti, first appearing in 1st Issue Special #10. (1976) 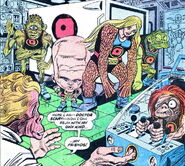 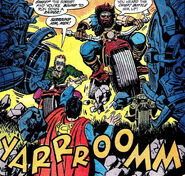 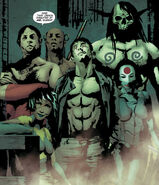 Outsiders
TV Series
The Brave and the Bold