Pete Ross was the childhood best friend of Superman. They grew up together in Smallville, Kansas. Their group included Clark Kent, Lana Lang and Lex Luthor. Pete was aware that Clark was also Superboy, but he worked hard to keep this secret and clandestinely assisted him on many occasions. Eventually Pete married Lana Lang and became a senator as an adult. The two had a child who they named Clark Peter Ross, but they eventually divorced because Lana was still in love with Clark. Ross was elected Vice President of the United States underneath Lex Luthor, but succeeded him post-impeachment and became President. After serving his term, he returned to Smallville and opened up a general store. He is also an honorary member of the Legion of Super-Heroes. Pete Ross was created by Robert Bernstein and George Papp, first appearing in Superboy #86. (1961) 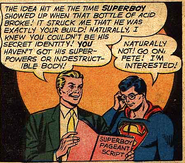 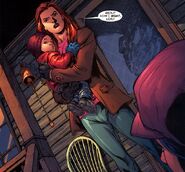 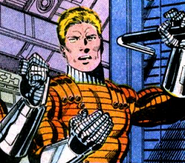 Pete Ross
Earth-423
Whatever Happened to the Man of Tomorrow 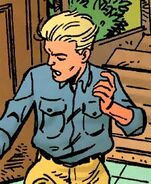 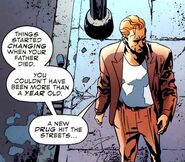 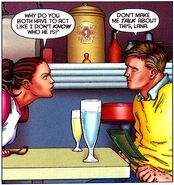 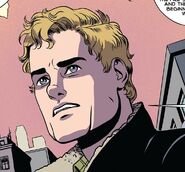 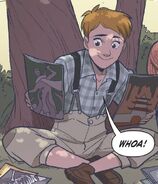 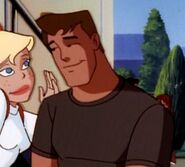