Ravager is a legacy name of super-villains and anti-heroes, usually associated with Slade Wilson alias Deathstroke the Terminator. It was originally the alter-ego of his son Grant Wilson while working as a mercenary for H.I.V.E. assigned to kill the Teen Titans until his death. Bill Walsh, a terrorist responsible for slitting Jericho's throat as a child, later used the identity to attack Deathstroke by taking advantage of his vulnerability. Slade's half-brother Wade LaFarge also used the identity to target him, although he was later killed for this. Rose Wilson, anti-hero and daughter of Slade, later begins using the name as a member of the Teen Titans. Ravager was created by Marv Wolfman and George Pérez, first appearing in New Teen Titans #1. (1980) 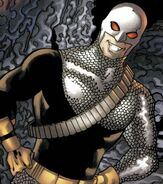 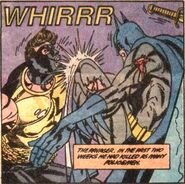 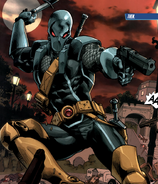 The Ravagers
Prime Earth
(other versions) 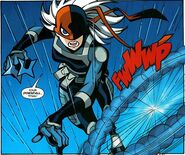 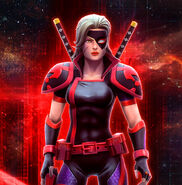