The Rival is Edward Clariss, a professor at the university attended by the Golden Age Flash, Jay Garrick. He believed he had recreated the formula that gave Garrick his speed, and would become the arch-nemesis of the first Flash. The Rival was created by John Broome and Joe Kubert, first appearing in Flash Comics #104. (1941) 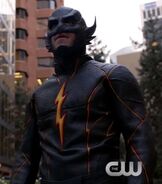 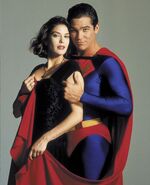