Shark is a name borne by two unrelated villains. Gunther Hardwicke was an inventor who wanted to do something else, so he became a criminal. With his friends Fox and Vulture, he committed crimes as the Terrible Trio, and frequently opposed Batman. Hardwicke was created by Dave Wood and Sheldon Moldoff, and first appeared in Detective Comics #253. (1958)

Karshon was a normal tiger shark until a radioactive spill super-evolved him into an anthropomorphic shark. He became an enemy of Green Lantern. Karshon was created by Gil Kane and John Broome, and first appeared in Green Lantern (Volume 2) #24. (1963) 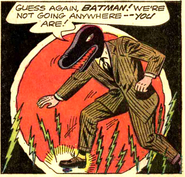 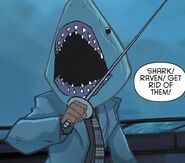 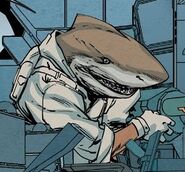 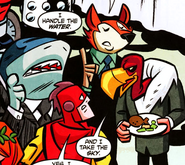 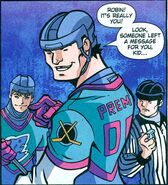 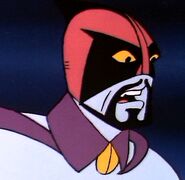 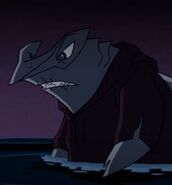 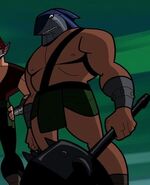 Gunther Hardwicke
BTBATB
The Brave and the Bold