Silver Swan is a legacy character and enemy to Wonder Woman. They each have the powers of flight and sonic energy, able to fire blasts and emit force fields using sound. Ballet dancer Helen Alexandros was given her powers by the god Mars including super-strength, and was active during the Bronze Age. In Post-Crisis continuity, lonely heart Valerie Beaudry took the name after exposure to radiation although she needed artificial wings. Vanessa Kapatelis became her successor, a corrupted friend to Wonder Woman who also wore an exo-skeleton. Alexandros would later be introduced as the third Swan. Silver Swan was created by Roy Thomas and Gene Colan, first appearing in Wonder Woman #288. (1982) 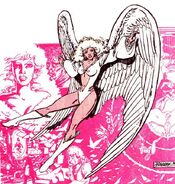 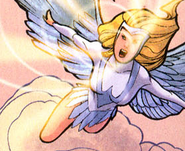 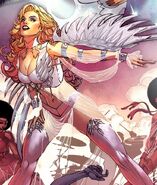 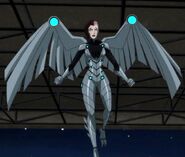