Sin is a small child who becomes the adopted daughter of Black Canary. Growing up in the village that raised Lady Shiva, Sin is one of the greatest martial artists in the world. Canary attempts to remove her from that life by bringing her to the West, where she is taken care of by the Birds of Prey. They teach her English and give her the name Cynthia Lance. The League of Assassins frequently attempts to kidnap her. Sin was created by Gail Simone and Paulo Siqueira, first appearing in Birds of Prey #92. (2006) 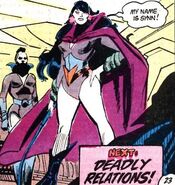 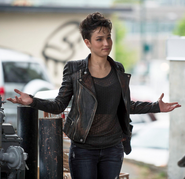 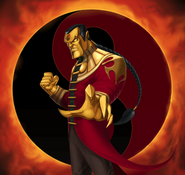