King Solovar is the benevolent simian monarch of Gorilla City, and an ally to the Flash Family. He is the leader to a race of super-intelligent gorillas, and also an expert combatant. His greatest nemesis is the diabolical Gorilla Grodd, who frequently struggles with him for control over their people. His son Nnamdi succeeded him after he was assassinated by a group of gorillas manipulated by Grodd. He has been a member of the Black Lantern Corps. However, in the New 52, Solovar's death was retconned, and, instead, usurped Grodd from his enemy's rightful place as king. Solovar was created by John Broome and Carmine Infantino, first appearing in The Flash #106. (1959) 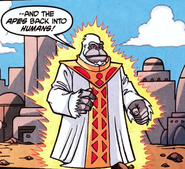 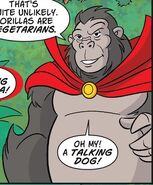 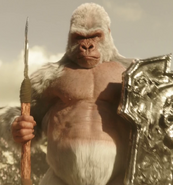 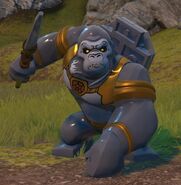