Steve Lombard is a sports columnist working at the Daily Planet where he is also a member of Superman's supporting cast. His closest co-workers are Clark Kent, Perry White, Lois Lane, Jimmy Olsen, Cat Grant and Ron Troupe. Before working as a reporter he had a lengthy career in both amateur and professional football. He's well known as a boorish jerk with a very self-centered attitude, although this is often played for comedy. His many pranks around the office frequently target Kent, although he considers Clark one of his closest friends. Troupe frequently clashes with him most directly on a personal level, leading towards an antagonistic relationship. In addition, his alpha-male mindset causes him to make many unwelcome advances against his female co-workers. Steve Lombard was created by Cary Bates and Curt Swan, first appearing in Superman #264. (1973) 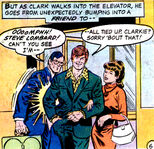 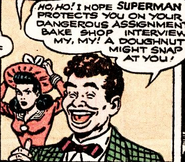 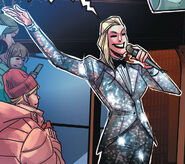 Steve Lombard
Other Media
The Batman 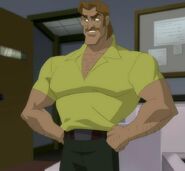 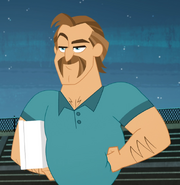