Part of the "DC Rebirth" event.

"Imperius Lex, Part 2: Fire and Furies": After her sudden teleportation to Apokolips, Lois attempts to hide from the Granny Goodness and the Female Furies, who are escorting a group of prisoners. Unfortunately, one of the Furies spots Lois and knocks her out from behind.

Remember, nothing is more important than family. Granny Goodness

After her sudden teleportation to Apokolips, Lois attempts to hide from the Granny Goodness and the Female Furies, who are escorting a group of prisoners. Unfortunately, one of the Furies spots Lois and knocks her out from behind.

Elsewhere, the blind priest and Ardora have brought Lex to Darkseid's castle and implore him to take the throne of Apokolips, as the old prophecy dictates. Lex, however, does not see himself as ruler of Apokolips and says that he is not the destined ruler from Apokoliptian prophecy, which says that the destined ruler is the son of humble farmers who later became a great hero. The gathered people believe Lex is an imposter and try to kill him, but Lex is able to calm them down by summoning the true heir: Superman.

The Female Furies put Lois alongside the other prisoners. Ever since Darkseid died, Apokolips has been stuck in a civil war and Granny Goodness is attempting to take the throne for herself. Suddenly, a giant dredge worm rises from beneath the ground and attacks the Furies and their prisoners. In the confusion, Lois grabs a weapon and shoots at the worm, deducing that its eyes are weak spots. The Furies follow her lead and succeed in killing the worm. Impressed by Lois' tenacity, Granny Goodness gives her the armor of dead Fury and includes her into the group. As the Furies eat dinner, Lois stands above a nearby cliff, thinking about her family. Granny Goodness, impressed by Lois' determination, tells that Furies are, above all else, a family and nothing matters more than family.

Meanwhile, in another part of Apokolips, Superboy is surrounded by Apokoliptian soldiers and their giant dogs. Disorienting his enemies with a burst of heat vision, Superboy attempts to escape and jumps off a cliff. 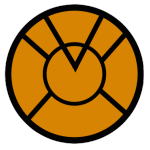