The Brave and the Bold (Volume 3) 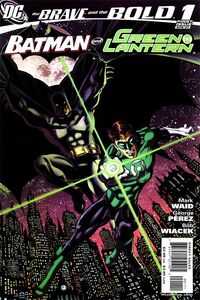 The Brave and the Bold (Volume 3) began publication on February 21st, 2007. Like the original series, this title is a team-up book, with each issue focusing on a team-up between two different super-heroes in the DC Universe. The series was cancelled at issue 35, though a #36 was solicited for an August 18, 2010 release, but never published.

Retrieved from "https://dc.fandom.com/wiki/The_Brave_and_the_Bold_Vol_3?oldid=2267133"
Community content is available under CC-BY-SA unless otherwise noted.