Titans is an American television series produced for the DC Universe streaming service, with international distribution via Netflix. The series was created by Akiva Goldsman, Geoff Johns, and Greg Berlanti.

The first season was made available for streaming in weekly hour-long installments beginning on October 12, 2018 and concluding with the eleventh episode on December 21, 2018.

The series was renewed for a second season prior to the season one premiere.[1] Season two debuted on September 6, 2019. 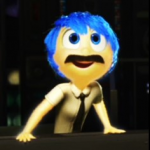