The Top is a super-villain with the ability to spin at super-speed, acting as an enemy to The Flash. These powers grant him enhanced intelligence through stimulation of his brain cells, turning him into a psychotic mastermind. Captain Cold's sister, the Golden Glider, was his girlfriend for a long period. Following the mind-wipes in Identity Crisis, he was shown to have become good and helped to reform other criminals through mind-tampering. Eventually he returned to his evil ways, and was then murdered by Captain Cold during Rogue War. Dillon was an original member of the Rogues Gallery. He was eventually murdered by his former allies. The Top was created by John Broome and Carmine Infantino, first appearing in The Flash #122. (1961) 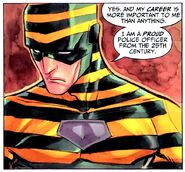 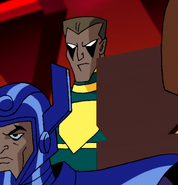 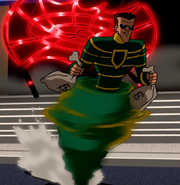 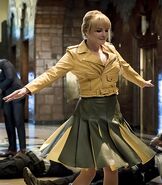 Rosa Dillon
Arrowverse
The Once and Future Flash