Ultra Boy is a member of the Legion of Super-Heroes in the 30th Century. Born on the outlaw planet Rimbor, he gained powers when he was swallowed by an Energy-Beast and survived. His powers include flash-vision, flight, invulnerability, penetra-vision, superhuman strength, and superhuman speed, although he can only use one ability at a time. This makes him incredibly powerful but also very limited. His romantic partner is Phantom Girl. He has also used the names Emerald Dragon and Reflecto. In Reboot Legion continuity, Ultra Boy is originally a member of Workforce. This version has a son with Apparition they name Cub. In Prime Legion continuity, Ultra Boy is romantically involved with Shadow Lass. Ultra Boy was created by Jerry Siegel and Curt Swan, first appearing in Superboy #98. (1962) 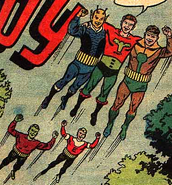 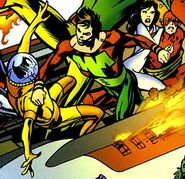 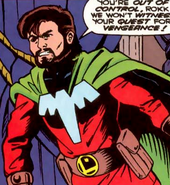 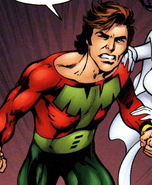 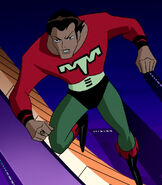 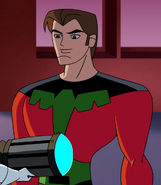