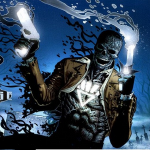 You can call me Harold. I've been an admin here at the DC Database since September 2014 but have contributed since 2011. Although I don't have an exact area of expertise, I'm usually seen hanging out on cartoon pages as well as New 52 character pages. I started reading comics at the start of the New 52, (Batman #2 being the first issue I picked up), and have been in love with DC ever since.

I'm always happy to help, so if you have any questions, leave a message on my talk page. And thanks for visiting the Database!

My notes for later:

Retrieved from "https://dc.fandom.com/wiki/User:Haroldrocks?oldid=2796311"
Community content is available under CC-BY-SA unless otherwise noted.