This is where I place random assorted images with a quip or odd observation I've been thinking of.

This only raises questions of how the globe passed zoning laws in the first place.

All Joker did was do what everyone else was thinking.

First "my precious" joke and I'm dropping the title.

...when Batman gets even more annoyed.

I'm Oliver Queen, and your F&#@ing right I approve this message. 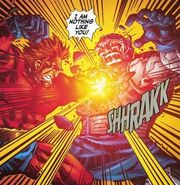 Darkseid soon learned that Orion was not qualified to perform open heart surgery.

I can has rage?

You'd think superheroes wouldn't mind moving, but they avoid it as much as everyone else.

Gentleman Ghost, however, totally ruined the movie for Impulse. Seriously, he's that evil.

Even midgets deserve to get some.

"Who is Donna Troy?" just reached a whole new level. 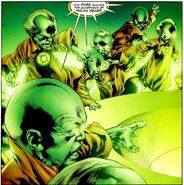 Now those are some pissed off Oompa-lompas. 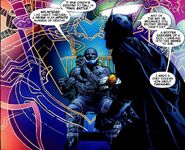 Darkseid, the Dread Lord of Apokolips, God of Evil, corrupter of space and time...is an eldery Jewish man from Brooklyn?
Add a photo to this gallery

Retrieved from "https://dc.fandom.com/wiki/User:SFH?oldid=2520090"
Community content is available under CC-BY-SA unless otherwise noted.