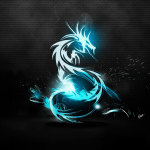 I guess I'm pretty big or organization, I remember coming onto DC and Marvel Databases and being utterly shocked about the lack of information on powers and abilities and over organization in those categories. Id like to think that if anything I'm very informative and have done my best to try and fix that.

So Ive recently decided to read only DC and DC related Titles, in my protest to the death of Captain America, the absurdity of World War Hulk, the continual existence of Iron Man, The Civil War and its ramifications and last but not least the continual bad writing on the part of marvel in general. I think they should pick up some good writers like DC who for the most part has been going good for a long while and sticking to the nature of the origins and even when they aren't they are remaking the reality of DC to make it fresh. Marvel has been going on the same premise and story lines for the entire time its been around and its increasingly hard to maneuver. I liked Age of Apocalypse but all the alternate realities, is a bit much and then more alternate versions of people crossing through to the mainstream and so many comics and nowhere to put people or the new ones they make up. Entire shelves filled with marvel comics neither one barely maintaining a accurate timeline and almost 70% of them feature Wolverine, i never knew one of his abilities was to be everywhere and affiliated with every team in Marvel Universe. Anyhow the indepth realistic storylines, are appealing in DC.

Retrieved from "https://dc.fandom.com/wiki/User:Salubri?oldid=2224944"
Community content is available under CC-BY-SA unless otherwise noted.