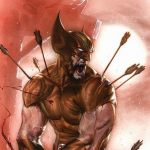 Hello, I'm Sjtaylor65. I am the biggest fan of DC Comics ever since watching the Dark Knight Rises film in 2012. I absolutely love DC's New 52 event, it is the best relaunch ever made in DC Comics.

My Favourite Hero is Batman. I love his detective skills, his gadgets and his friends and enemies.

My Favourite Villain is the Joker. He is smart, evil, intelligent, his girlfriend is Harley Quinn and he has done a lot of dark stuff to Batman. But i'm glad Batman always catches the Joker.

Retrieved from "https://dc.fandom.com/wiki/User:Sjtaylor65?oldid=1716699"
Community content is available under CC-BY-SA unless otherwise noted.