View source
watch 03:27
Origin of The New 52 Wally West
Do you like this video?
Play Sound

Wally West is a speedster, the original superhero known as Kid Flash and the third character known as The Flash. His mentor was the second Flash, Barry Allen, who took him on as a sidekick after accidentally duplicating an experiment that had given him powers. Iris West, his aunt, is married to Barry. As a member of the Flash Family he has also worked with the other Flashes, Jay Garrick and Bart Allen. Wally's wife is Linda Park, who he has dubbed his "lightning rod"; their love enabling Wally to be the first person to ever enter the Speed Force and return. Wally has two children with her, twins Jai and Iris. Wally first became the Flash after the Crisis on Infinite Earths, but he has been working alongside the other three since the events of The Flash: Rebirth. He is a founding member of the Teen Titans and a member of the Justice League of America.

In the New 52 reboot, the cousin of the original Wally West with the same name appears, and is initially portrayed as a teenage delinquent meeting the Flash for the first time, and eventually goes on to gain Speed Force powers of his own. The original Wally West makes his return in DC Rebirth as The Flash, whilst his younger cousin becomes the new Kid Flash.

The Flash
Earth 12
Batman Beyond Unlimited 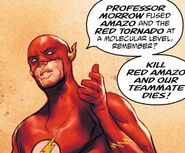 The Flash
Earth 16
The Just 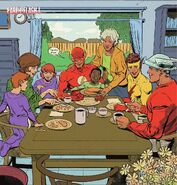 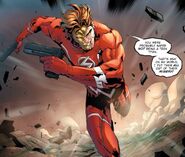 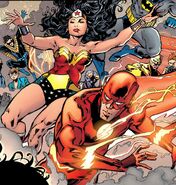 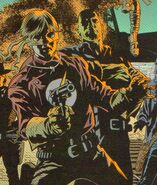 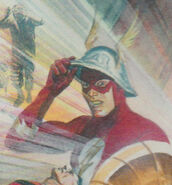 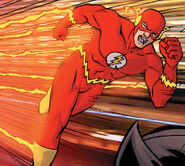 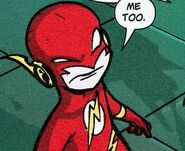 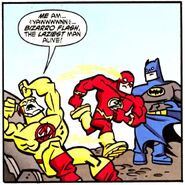 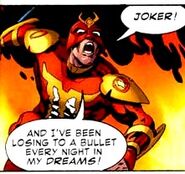 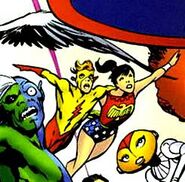 The Flash
Elseworlds
Son of Superman 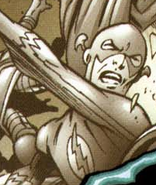 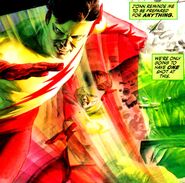 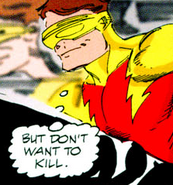 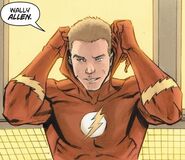 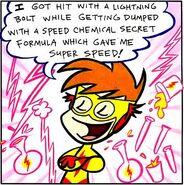 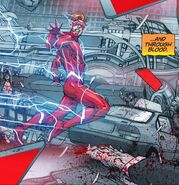 The Flash
Possible Futures
Once and Future

The Flash
DCAU
A Better World 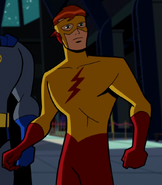 Kid Flash
TV Series
The Brave and the Bold 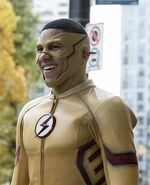 Wally West
Arrowverse
The Once and Future Flash 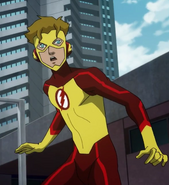 The Flash
Injustice
Earth One 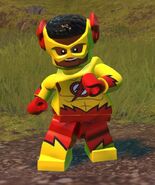 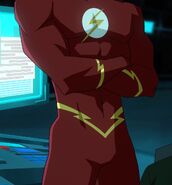 The Flash
DCUAOM
DC Showcase: Batman: Death in the Family